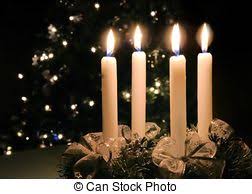 Advent began 12 days ago but what is it? Again, I have done some research, the results of which are below:
BLOGBIBLE TRIVIA
For many, there may be some confusion surrounding the meaning of the Advent season. Some people may know that the Advent season focuses on expectation and think that it serves as an anticipation of Christ’s birth in the season leading up to Christmas. This is part of the story, but there’s more to Advent.
The word “Advent” is derived from the Latin word adventus, meaning “coming,” which is a translation of the Greek word parousia. Scholars believe that during the 4th and 5th centuries in Spain and Gaul, Advent was a season of preparation for the baptism of new Christians at the January feast of Epiphany, the celebration of God’s incarnation represented by the visit of the Magi to the baby Jesus (Matthew 2:1), his baptism in the Jordan River by John the Baptist (John 1:29), and his first miracle at Cana (John 2:1). During this season of preparation, Christians would spend 40 days in penance, prayer, and fasting to prepare for this celebration; originally, there was little connection between Advent and Christmas.
By the 6th century, however, Roman Christians had tied Advent to the coming of Christ. But the “coming” they had in mind was not Christ’s first coming in the manger in Bethlehem, but his second coming in the clouds as the judge of the world. It was not until the Middle Ages that the Advent season was explicitly linked to Christ’s first coming at Christmas.
Most Advent calendars start on December 1. But the actual first day of the Advent season changes every year. In 2020, that day is November 29. In 2021, it will be November 28. The final day is the same every year: December 24, Christmas Eve — though many calendars run through Christmas Day.
The reason for the shifting start date is somewhat straightforward. As celebrated by Christian churches in the Western tradition (as opposed to Eastern Orthodox churches, which keep a different calendar), the season of Advent begins on the fourth Sunday before Christmas and is celebrated on each successive Sunday leading up to Christmas.
There are always four Sundays during Advent prior to Christmas, but Christmas could be any day of the week — which means the distance between the fourth Sunday of Advent and Christmas Day varies. So, the length of the season shifts from year to year: In 2016, Christmas fell on a Sunday, which means the season stretched over a total of 28 days. Last year, it was 24 days long. This year, it’s 26 days long.
Quote of the week
Perfect love drives out fear
I John 1:18