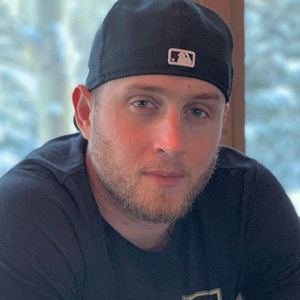 I received a random email last week from Christian Premier News and was attracted to this story of Tom Hank’s son, Chet. I thought I would share it with you:
Actor and musician Chet Hanks, the son of multi-award-winning actor Tom Hanks, has recalled having a powerful encounter with God which he said changed the entire direction of his life.
Speaking on the “Impaulsive” podcast, Hanks described how at 17-years-old, he spent 12 weeks at a remote camp in Utah. At the time, he was angry, confused and a sworn atheist. Then, as he hiked into the wilderness one day, Hanks said he encountered “the hand of God” and was profoundly impacted.
“I went off and sat on the edge of this cliff and was just looking out at the view,” he explained. “As I was looking out at that view and I was looking at where I had been from an elevated perspective — because I’d been stuck in this desert for 12 weeks and it just looked ugly and boring, and there’s nothing to look at. But now I’m looking at it from an elevated perspective of the top of this mountain.”
Hanks said that there wasn’t a “speck of humanity” in sight when God suddenly met with him.
“So, I’m looking around, and I’m so overcome by emotion,” he recalled. “It felt like I was touched by the hand of God. It was at that moment God revealed Himself to me. All that anger, and that hate, and that resentment flipped. It inverted to just infinite hope, gratitude, peace, love.”
He added: “It just flipped on a dime, like that. And I was so overcome by emotion, I just sat at the edge of that cliff and I wept. I wept for an hour, uncontrollable weeping for like an hour. It did not cease, but tears of joy. Tears of everything, feeling every emotion at once, all the pain and all the joy.”
In a follow-up clip on Instagram, Hanks, who has been open about his struggles with substance abuse, said that “nothing exists outside of God”.
He continued: “Everything that you’ve ever experienced, everything within you…all of it is a part of God…the joy and the pain, the good times and the bad times….the light and the dark…all of it exists within God.
“If I bring a candle into a pitch black room, does the darkness put out the candle, or does the candle illuminate the darkness?
“Everything that is happening comes from the one infinite source of all life, which is God.”

Refuse to let the ideas that don’t work prevent you from coming up with the ones that do.