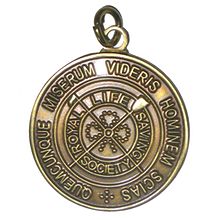 First just to say that I heard the featured song at Holy Rood Church on Sunday and loved it so much that I thought I would give the “Theophilus The Musical” extracts a rest for a week and share it with you today. All involved look so full of joy!!
So carrying on my swimming story from last week…..
So, the day of the Bronze Medallion examination came and there standing before me was the stern looking Examiner from the Royal Lifesaving Society –I literally froze when said examiner pointed to the person I was to save – not the planned lightweight Micky Palmer but the very much unplanned heavyweight and I meant heavyweight, Simon Grant.
Well diving for the brick was no problem – all that holding my breath under the water in my bathroom sink as a 11-year-old coming in handy – however cross chest towing Simon (actually I now remember his name was Jim) was a whole different ball game! As I said I had been practising with Micky Palmer, who apart from helping me keep him afloat by illegally “skulling” was also small enough for me to get my arm right across his body to tow. Jim, however was anything but small and even with a stretch I could only get my arm across his first pectoral.
I think it was two lengths of towing that was required to pass the test – I remember half way up the second length looking up at the lights in the ceiling (we were using the swimming pool of Winchester College -the Public School and not to be confused with King Alfred’s College, the Teachers Training College which I was attending) Anyway me (and Jim) seemed to be stuck under one light as it (or us) was not moving. All my PE mates, who had already finished their cross-chest tow, started to cheer me (and Jim) on from the pool side and somehow, I (and Jim) found ourselves at the end of the pool to be greeted by the Examiner with a stop watch in his hand. It was obvious I had failed as there was a strict time limit to the test which I must have been over by a least half an hour (!) However the Examiner said “That was a real swim for you wasn’t it?” I just nodded, too exhausted to reply.
I am not sure if it was out of sympathy, if he wanted to acknowledge my effort, or if he was simply grateful that Jim had not drowned on his watch but somehow, I passed! The Bronze Medallion, as seen in today’s pic, still means a great deal to me as I worked so hard to get from being scared stiff of the water to being a qualified life saver!
Oh, apparently Jim still has the scars of where my fingers dug into his left pectoral 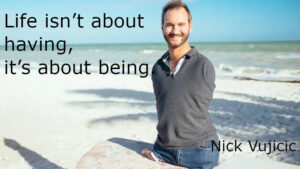